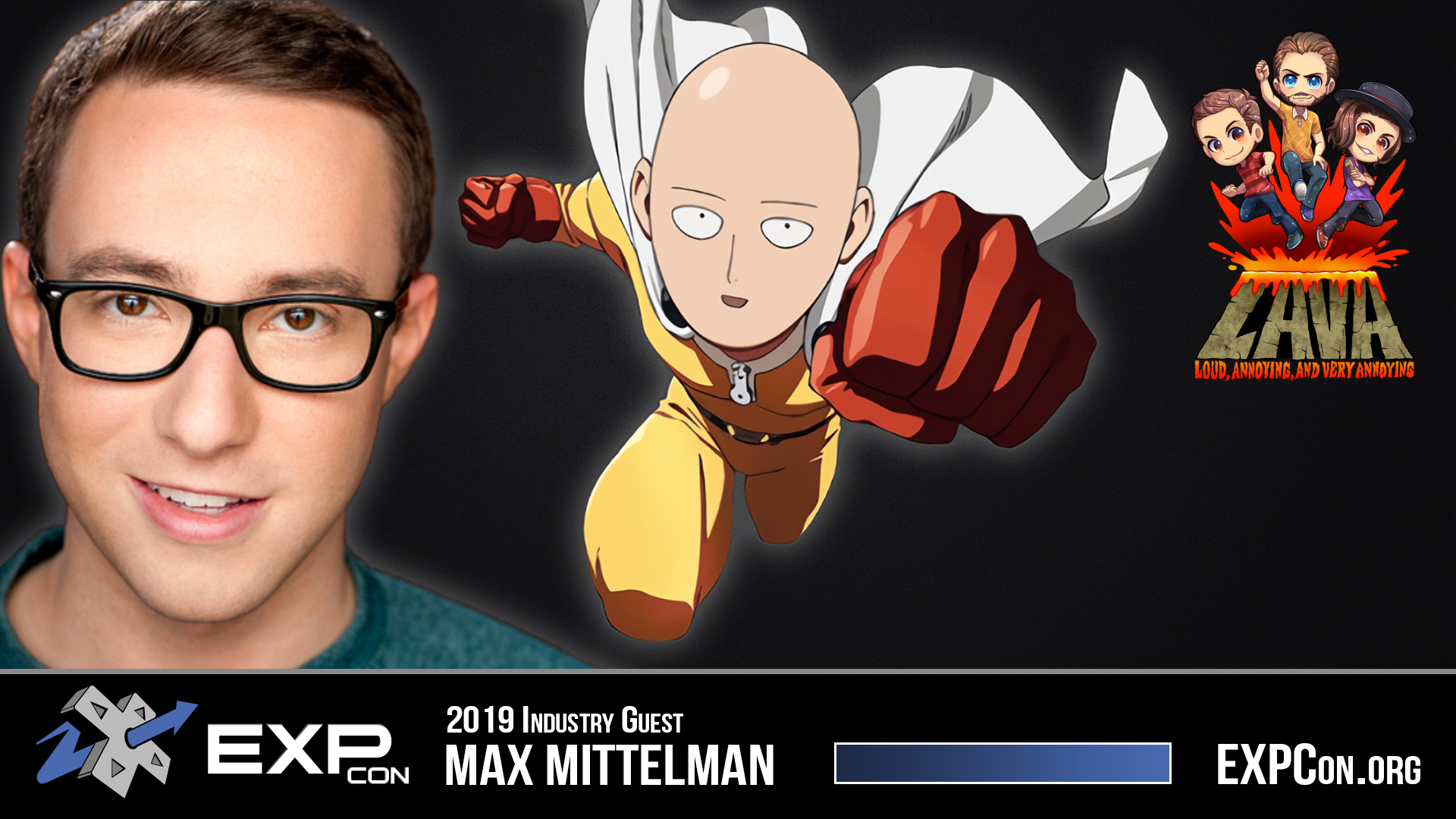 A Los Angeles native, Max Mittelman has been entertaining audiences from behind the mic, onstage, and in front of the camera since he was in high school. His fearlessness has been the foundation for his versatility and he’s enjoyed creating a wide range of characters for TV animation and video games.  He is a proud founding member of the comedy and gaming troupe Loud, Annoying, and Very Annoying (LAVA), which he shares with fellow actors Robbie Daymond and Ray Chase.

Although he is well known as Saitama in One-Punch Man, he’s also given life the hotheaded troublemaker with a heart of gold, Ryuji, in Persona 5, the carefree and always hungry, Plagg, in Miraculous Ladybug, and the lazy yet virtuous sin of sloth, King, from Seven Deadly Sins.

With plans to become a doctor, Mittleman studied science for four years at USC. Yet he ultimately received his degree from the Theatre Department because he always found himself drawn to what fulfills him the most: creating worlds and telling stories through performance.